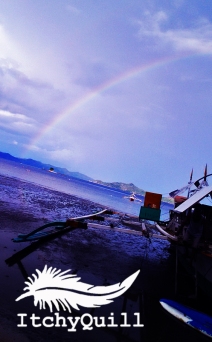 We all get a little blue from time to time. It’s natural.

Sure as the sun will rise and set, or the moon will gleam on a clear night, you’ll get a case of the Mondays, the moody Maggies, or the melancholies from time to time.

And any kind of art, anything that gets you to put your heart on your sleave can leave you feeling vulnerable, exposed, or even weak. Emotions run high. We get defensive, or cuts slide a little deeper than they should.

When it creeps in and takes hold, a negative thought can develop a certain gravitas that enables it to overpower our usual motivations and patterns of behaviour.

At best, this could be an inability to write the words needed for a daily target. The block of writers. Yes, that pesky possum in the pipes of your creative plumbing. One that you flush on the morrow.

At worst, it could mean you trash a great idea as your internal bleak brute wrestles you into submission with utterances of you’re not good enough and this is crazy, or even what are you thinking?

We need a certain amount of confidence to even try these wacky ideas. Breaking the mould and pushing for originality requires us to break away from convention. This is something that a lot of us are naturally resistant to. We want to fit in. We desire success. We crave props and kudos.

Some just long to follow in the footsteps of their heroes.

None of this can be done without the self-assurance that comes from the freedom of having confidence in yourself, and a positive belief that what you’re doing will work.

So negative thoughts can be cancerous on our creativity if left to fester.

With that in mind, let’s look at some easy ways to keep yourself pumped up and positive, even if you feel yourself pulled into an ocean of negative notions. 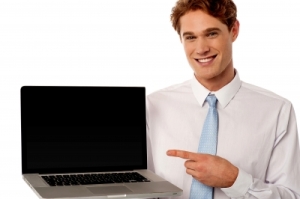 “Listen to your computer. It knows things about things”

Pat Yourself on the Back And Stay Realistic

If you’re anything like me, you’ll be ridiculously hard on yourself about small things because you want to be the best. That’s fine, so long as you put the same energy into the good too. To demosntrate this point better, let me give two examples from heroes of mine: Jurgen Klopp (current football manager of Liverpool FC), and Shad (a Canadian rapper).

Jurgen Klopp, in a recent interview after winning a game 4-1, was asked whether his decisions before the game were ultimately responsible for the win. Klopp, in characteristic nonchalance, responded that when his team lost the week before, the decisions were still his. He believed in the same system, the same characters, the same ideology. He was lambasted by his critics. Yet here, a week later, that system, characters and ideology were being lauded as groundbreaking. Did he want to take credit? No. That’s for the players to enjoy. He doesn’t give himself a hard time when they lose, and so he doesn’t give himself a high five when they win. He focuses on the journey, and the bigger picture. Are they playing the kind of football he likes, win or lose? Yes. Then really, what more could he ask for? Any lucky person can win, and any unlucky person can lose. But to sustain a vision, an identity, and a philosophy in your output, that is what really matters.

Shad, through his song Rose Garden (watch the video here) utters the lines:

Basically, you don’t waste time overthinking your blessings, so why do you spend so much time on the negative elements? 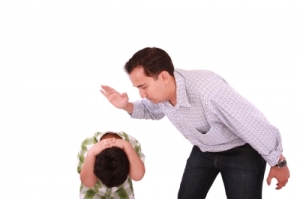 “Don’t be so negative. Honestly, I don’t know where he gets it all from”

In my life I’ve held various management positions. Part of management is recruiting new staff. And one thing that always made me chuckle was the ‘hobbies’ part of the CV. Pretty much every single resume I’ve ever seen lists travel, reading, and socialising as hobbies, with little else.

Why? We’re all pretty interesting people, with plenty of things we do for leisure. Life is more than a paycheck your TV. Make time for yourself and your pleasures.

Writing, though for most of us a passion and something that inspires giddiness, should never be our sole source of such whimsy. Allowing this will mean all satisfaction and sense of well-being will come from this one, cruel mistress.

Whatever it may be, find other ways to stimulate yourself and blow off steam. Your writing will thank you for not being your only source of release. You’ll cherish those moments spent at the keyboard / pad / quill.

For some ideas for what to fill your free time, see our article Things to do on a Sunday (Besides Troll Facebook). 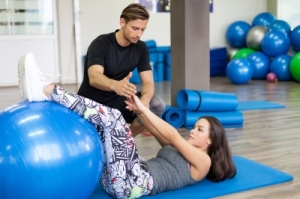 No matter what you do, make time for your art. Knackered after work? Just remember; you’re tired because you worked hard for someone else to get rich. Now you’ve done that for them, do it for yourself too. Everytime you go home and veg in front of the TV, ignoring your art, you’re giving someone else the fruits of your labour, and robbing yourself.

Forget this at your peril! 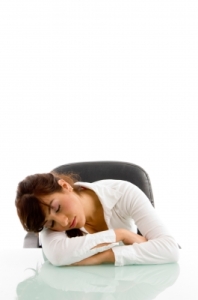 Pictured: You not following your dreams (y’know, if you happen to be a brunette lady)

Seek feedback, and share your work. Often you’ll see different perspectives, both positive and constructively critical. Engage in a writing group, or start your own. Do NaNoWriMo and meet other budding authors. Write stories for friends as birthday / Christmas presents. Start a blog. Anything that gets people to give you opinions on your work opens you up to getting some alternate perspectives on what you’re doing, and can give you that much needed satisfaction.

Also, having to answer to an audience and justify your work will help keep you focused on your voice and your craft. 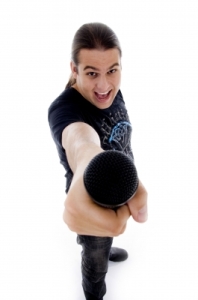 But Adapt Your Perceptions to Fit Them In

That said, don’t take everything to heart. People’s opinions are incredibly diverse, and you’ll never please everyone. Take in what is useful (both good and bad) then discard the rest.

Accept that you won’t be adored by everyone. Those that are overly critical or rude will often be speaking from a place of jealousy or projecting some of their own negativity on to you. Eventually you’ll find a group of people who’s opinions you cherish, and who’s feedback you can use productively; both their criticism and their praise.

Defending your work can also have the added affect of making you closer with it. We all had the odd disagreement with our family members when we were growing up. Yet the minute someone else started having a go at them we’d leap to their defence. Your writing will become a sibling, or a child. You’ll find yourself seeing the good and the bad in it, and learning to accept it (warts and all) as you chisel away, always looking to upgrade and tweak. 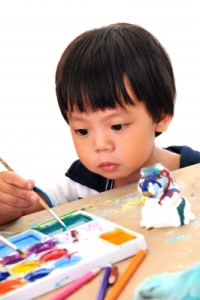 Life isn’t just a series of the amazing and the devastating. There are bits and bobs in between. The normal. The average. The ok, or so-so.

Just because the thing you wrote today isn’t going to melt the faces off your readers, doesn’t mean it isn’t worth celebrating. And just because you’ve written something that reads like a brail stop sign, it doesn’t mean you need to renounce your writing forever and jump into an estuary with breeze blocks on your tootsies!

Peaks and troughs, ups and downs, lefts and rights. Life is full of ’em. Keep that in mind when you’re feeling a little glum or sullen. The world will keep turning, and you’ll be back to writing soon enough. 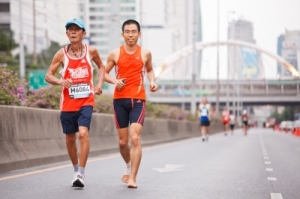 “No pain no sprint. Life’s a marathon not a gain. Whatever. Just don’t be a quitter, alright?”

Trust me, there’s always one out there somewhere. The onus is on you to find it. So look for the wins in your losses. You might etch a story and the plot hits a brick wall that you can’t break through. In that scenario look for the character, scene, setting, voice, technique or twist that worked well and then develop that separately. Or accept that practice alone was another step in the right direction. Or that being dedicated enough to write something should be acknowledged and appreciated.

Don’t wait for other people to point it out to you. Find it in yourself, and look for the things to cherish.

In the long run, you’ll thank yourself for it. 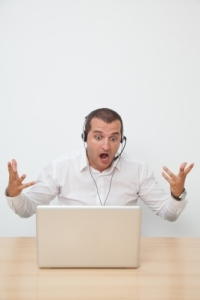 Special thanks to Castillo Dominici, imagerymajestic, patrisyu, phanlop88, stockimages and Sura Nualpradid @ FreeDigitalPhotos.net for use of their photos in this blog. 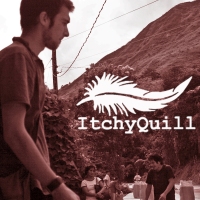 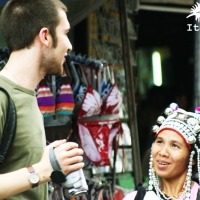