All good things must come to an end. We learn that as kids. Whether it was your Summer Holidays, a massive bucket of ice cream, or living in a house and not having to pay rent; all of these wonderful things, at some point, have to finish.

Stories are no different. How many times have you been getting lost in a book, turning each page in desperate anticipation, only to find yourself die a little inside as you feel the pages in your right hand get thinner and thinner. It creeps up on you, and eventually you’ll start to ask yourself “how’s it going to end? It can’t end like that! Not to them! I must know. I muuust!”

Equally, how frustrating is it to get to the end of a story you’ve really enjoyed, and invested hard earned money and time into, only to find out that ‘it was all a dream’ or that the hero never actually went to the moon after all.

Bloody Off Pissing. That’s what!

And yet as writers, so many of us don’t give our stories the endings they deserve. This could be from ‘writer’s fatigue’, where we’re so desperate to just be finished with the damn thing that we’ll write any old dot-connector if it will mean we can go back to procrastinating. It might also be down to a feeling that the story only really needs to be finished, not completed. And that is another missed opportunity!

The ending is the grand finale, and as such is the culmination of everything that’s happened. Imagine if Lord of the Rings stopped when Frodo throws the ring in the lava of Mordor. OK, fine, he’s finished the quest. But where’s the sense of finality? Where’s the closure?

So what can be done about it? Fear not! There are myriad ways, and they’re all outside your window, trying to help you…

If you do not change direction, you may end up where you are heading – Lao Tzu

Some stories make use of tropes and cliches to make a story easy to follow. Though these will achieve that (a real selling point for casual readers who may want to read and unwind, not face confusing or non-conforming alternative texts) it can also make them predictable or repetitive. So why not confound your genre and throw a twist or two in ther?

Books to check out for inspiration: The Other Hand by Chris Cleave or The Book of Unknown Americans by Cristina Henríquez (we hope you like crying, ‘cos this book’ll give you a bout of the ol’ face leaks). I’d love to recommend Fight Club too but, by this point if you haven’t already heard about this one, then chances are you’ve been frozen at the North Pole since the end of WW2. And in that case, welcome back Captain America. I’m still team Stark, but whatevs… 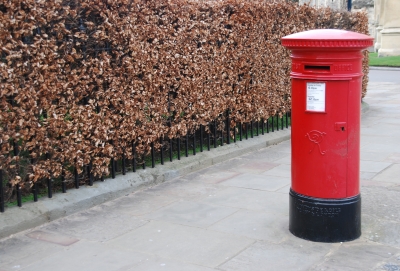 We don’t have a budget for pictures of Hollywood films. So instead, enjoy this postbox. It’s made of iron, man! (and it’s red)

Every new beginning comes from some other beginning’s end – Seneca

Of course, closure isn’t for everyone (we’re looking at you Hollywood), and sometimes it’s nice to leave a story open, at a point we can always revisit later on; whether this be done as a cliffhanger, or more of the feeling of the end of a chapter setting us up with a taster of what’s coming next.

Maybe you’ve already thought about the next installment in your head, and want to establish a story but haven’t got the time / word count left to put it all into this story. No problemo! It may end up spawning a multi-book story (such as Harry Potter) or even a whole universe of linked stories (such as the Discworld series).

Books to check out for inspiration: Blackbirds by Chuck Wendig, Stephen King’s The Dark Tower series, or A Game of Thrones by George R. R. Martin are all a good start. For our younger readers, I recommend the Hunger Games trilogy. 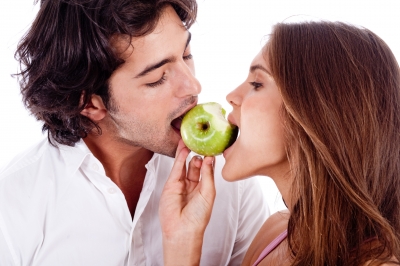 Not those kinds of hunger games you pervert!

Some people like you, some people don’t. In the end you just have to be yourself – Andres Iniesta

Often we’ll read a story where we just fall in love with the character. Perhaps we see ourselves in them, or perhaps we admire that they do what we wish we could do ourselves. Whatever the reason for our adoration or enjoyment, we connect with these characters. And more times than not, seeing them reach a conclusion that befits their personality or personal growth feels like the only way to end.

Books to check out for inspiration: Catcher in the Rye by J. D. Salinger or To Kill a Mockingbird by Harper Lee. Fancy something a little deeper? Give Zen and the Art of Motorcycle Maintenance by Robert M. Pirsig a go. 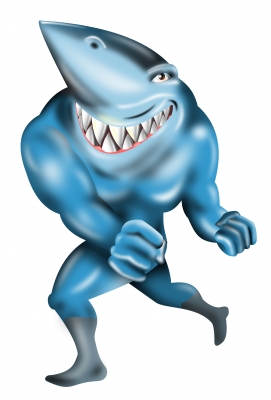 Like your own children, some characters are easier to love than others…

The ‘Giving the Reader What They Want’

I am extraordinarily patient, provided I get my own way in the end – Margaret Thatcher

Like Ramsey Bolton (formerly Snow) getting his face chewed off by his own hunting dogs (oh wait, umm, I meant to say SPOILERS there but, if we’re honest, anyone who cared about that GoT fact would already have seen it, right?), sometimes getting what we want from our books and stories is that much more delicious because we’ve had to wait for it, even if we saw it coming a mile off. This covers the ‘classic stories’ such as The Odyssey, but also more contemporary tales too.

Books to check out for inspiration: Cold Comfort Farm by Stella Gibbons, or A Midsummer Night’s Dream by William Shakespeare. For something from the canon, the subtlety of Jane Eyre by Charlotte Brontë has stood the test of time. 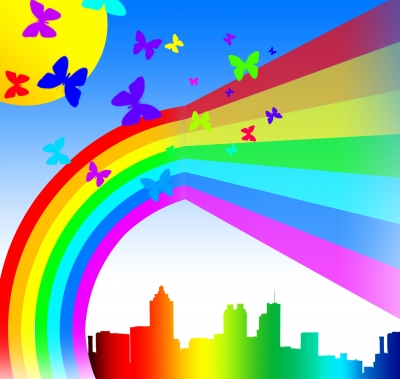 How readers probably want to feel after a book. Or something…

Concluding a story isn’t always about the characters, or even the plot, but sometimes it’s about the journey; both spiritual and physical. Whether it be from boy to man, border to border, or escaping Samsara, there’s plenty of places for our characters to end up.

Books to check out for inspiration: On The Road by Jack Kerouac is a classic for a reason, or The Alchemist gives you a taste of both the body and the mind’s journey through life.

For something a little different try Siddhartha by Herman Hesse. Written in 1922, this books was ahead of it’s time and still rings true to this day. It’s a book I’ve read over and over when travelling through South East Asia.

A real failure does not need an excuse. It is an end in itself – Gertrude Stein

All this talk of happy endings and completion has averted from the elephant in the room; the sad or at least the unhappy ending. Sometimes the emotional weight we carry through a story can overwhelm us when we reach its completion. And like life, it won’t always end with rainbows and butterflies, no matter how much we want it to.

I have a secret hunch that some people enjoy this feeling of loss and or emotional dejection. Me? Hell no. I’ve dated enough banshees to get my fill of emotional heaves and hos from the real world. But if this is your flavour, fill yourself up. There’s plenty of these particular barracuda in the literary sea…

Books to check out for inspiration: Of Mice and Men by John Steinbeck, One Flew Over the Cuckoo’s Next by Ken Kesey, or A Little Life by Hanya Yanagihara. 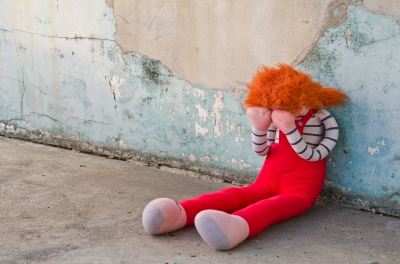 Lip up Fatty. It’s only a story (about real life. The long, painful, lonely, depressing march from the freedom of youth to the painful, aching loss of death). *sigh*

The end crowneth the work – Elizabeth I

This is no depressing novel, so let’s end on something a little more upbeat. That’s the stories that finish with a main character getting their just desserts! Whether it’s all the pieces of their plan falling into place at the right time, them figuring everything out and seeing the results, or just them getting what they’ve spent the whole story working so hard to achieve, these stories tend to leave a long lasting glow in the reader.

Books to check out for inspiration: Any of the Philip Marlowe books by Raymond Chandler (or a lot of other detective / private eye novels, for that matter). Alternatively, give Shantaram by Gregory David Roberts a look. Though this book falls into many of the categories mentioned above, I feel it’s ultimately seeing the main character get to a point where it all pays off that is one of my favourite things about the story.

Something missing from this list? Let me know your favourite type of ending in the comments below. Got a story to recommend too? I’m all ears!

Special thanks to artur 84, Graphics Mouse, graur codrin, khunaspix, kittijaroon, photostock, Theeradich Sanin and vectorolie @ FreeDigitalPhotos.net for use of their photos in this blog. Also, an extra special thanks to PC Chen for her photo too.